recently watched a youtube video of a chef that cooked for Queen Elizabeth. made a fish and chip dish and then dosed it with salt and malt vinegar. being the risk taker that I am, decided to give it a go. Didn't make the mashed peas. All I can say is that it's different, but I'll stick to my try and true tartar sauce. is this an English norm, or are there other condiments that are served. was this culinary habit also imposed on the colonized people of the "British empire?" like driving on the wrong side of the road?

That dish also made it to Canada. My wife (Canadian) eats her chips with malt vinegar. Or she'll have poutine.
C

Fish and chips with salt and vinegar wrapped up in a newspaper and eaten on the hoof is a very British meal. It used to be our cheapest meal until they fished out the North Sea. Mushy peas served in a small plastic cup or rolled into a ball and deep fried known as a pea fritter were also popular as a side dish as were pickled onions or pickled eggs. You could always tell a good quality fish 'n chip shop by the length of the queue of people waiting to be served. As a longtime expat it's one of the few things I miss.
R

Mushy peas are English, not British, never saw them in Scotland.
Queues could form because the chips were sometimes made in one large batch, rather to individual orders,
In Scotland we also had well watered down brown sauce.
And a bit wider choice of deep fries , black, white and Haggis puddings, sausages, Scotch or mutton pies and of course Mars Bars!

We had fish and chips with mushy peas last night for our dinner ... ordered from the "Codfather" fish and chip shop local to us ... collected at the right time and eaten at home .... lovely .....
Proper English!

We lived in the north of Scotland for years and "White Pudding Suppers" and "Deep Fried Pizza in batter with chips" where a joy to eat.

Proper "mushy" not mashed peas are made from dried marrowfat peas, and please don't put mint, or (gulp) lemon, in like it says in the BBC recipe, eek... this recipe's ok.... 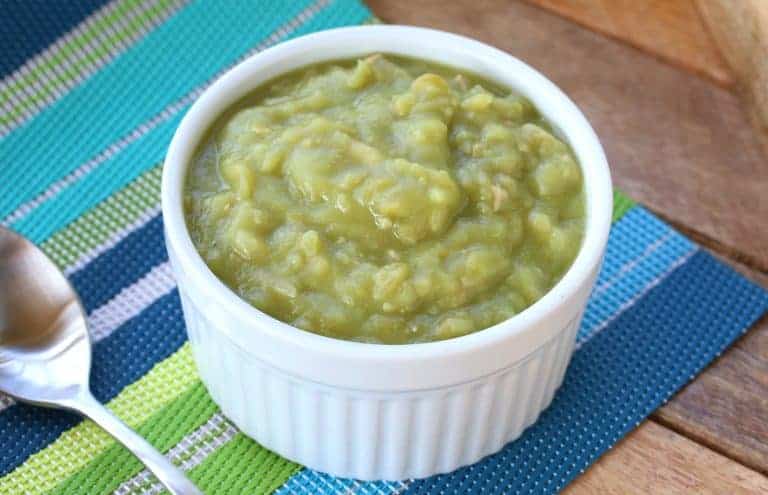 Authentic British mushy peas just like your favorite English pub or chippy! The perfect flavor, the perfect texture, make your own mushy peas the RIGHT way!

puttbutt said:
driving on the wrong side of the road?

erm...it appears historic Gallic bloodymindedness (désolé, mes amis français ;-) caused the unfortunates to adopt the incorrect side, as all sword-wearers and right-handed people will confirm...

johnny42, obviously your wife isn't French Canadian.
cameraman57, I'm assuming that the newspaper, was the unprinted stuff. also, can't you replicate this dish where you're living now?
Roy Gavin, pardon my ignorance, but I thought the terms "English" and "British meant the same thing. are you referring to the candy bar?
Landsurfer74, being a New Yorker, that's sacrilegious to treat a pizza like that!
sqeeezy, you sir, are a encyclopedia of information. however, I do have one question, why did the cowboys and native Americans ride their horseys on the right?

puttbutt said:
johnny42, obviously your wife isn't French Canadian.
cameraman57, I'm assuming that the newspaper, was the unprinted stuff. also, can't you replicate this dish where you're living now?
Roy Gavin, pardon my ignorance, but I thought the terms "English" and "British meant the same thing. are you referring to the candy bar?
Landsurfer74, being a New Yorker, that's sacrilegious to treat a pizza like that!
sqeeezy, you sir, are a encyclopedia of information. however, I do have one question, why did the cowboys and native Americans ride their horseys on the right?

erm...the cowboy stuff I've seen on the telly, they get on from the LHS, so it's better to park them on the LHS of the road...as to actually riding them...it's in the middle of the saddle innit?
Oh and the newspaper used to be that, used read or unread newspaper, with a sheet of chip paper inside so that the ink wouldn't get on the fish 'n' chips. That was Scotland, in Yorkshire they eat gravel so maybe they just used newspaper 'n' nowt else. It's grim oop North.
C

'proper' fish 'n chips is made with Cod which is not found in tropical waters. It's possible that there maybe a fish 'n chip shop in Bangkok importing Cod to serve the expat community but I've not heard of one. In central Thailand where I live expats are few and far between so there's no demand. There were 2 shops in Singapore when I lived there but they used Dory not Cod, similar but not the same. As for vinegar, the locals wont touch it, too sour they said. Yet a traditional dish they like is Pla ra, fermented fish preserved in salt. Trust me, you wont even want to taste it!
R

Cod was a deep trawed sea fish so was seldom fresh, in Scotland it was Haddock and they were an inshore fish caught by local drift net boats, of drifters sand fresh from the fish market that morning. Nothing against Cod, it is splendid eating, but so is Haddock, and the fresher the better
Great Briton comprises the countries of England, Scotland, Wales and Ulster, which is a few counties in Ireland.
Best to get to know the difference if you ever intend going there!

I remember in my younger days reading about the conflict in Ireland from I believe was "life" magazine. there must be peace there now, since I haven't heard anything about it in awhile. I had a co worker who would travel there years later. she informed me that the conflict only involved a certain part of Ireland. Wonder how it's written in the history books. I just googled, and it appears that cod and haddock are in the same family, even though on one site it said that haddock was "true cod" which I'm not quite sure what that's suppose to mean.
Last edited: Jan 10, 2021
J

puttbutt said:
"true cod" which I'm not quite sure what that's suppose to mean
Click to expand...

The opposite of false cod.

johnny42 said:
The opposite of false cod.
Click to expand...

. I don't know what line of work you're in, but you have a quick wit about you.
R

I was trying to be tactful, but I doubt if there is a description which everyone will be happy with.
But you will gather from my name I have ties with the region!

Tilapia and Catfish are the "affordable" fish down here. I try and get Salmon once a month, and more so when wild caught is in season. When I visit New England I spend more money on food than anywhere else in the States. Lobsta dinners, Lobsta Rolls, Clam bakes, Seafood Casserole consisting of Haddock, Sea Scallops, and Shrimp with a wine sauce and covered in Ritz crackers, Fish and Chips, and then of course the ethnic foods of the area like meat pies, lamb, spinach, and cheese pies, amazing Italian dishes, DAM, now I am hungry!

Tilapia and Catfish is just as available up here. My sister who lives in Virginia told me about this big Korean supermarket call H mart. They have a large seafood dept. where you can get all sorts of stuff fresh. The only problem is that the closest one is at least 1hr. from me. I usually wait until I need an exotic ingredient to make the trip. as far as ethnic food, you can't beat a big metropolis. upstate N.Y where I reside now, the main ethnic stuff is Mexican, Chinese, or Italian. The Chinese stuff is edible. anything else ethnic, gotta head into the city. That's the only thing I miss about the city.

When I was in my 30s a bunch of us went to Boston for authentic Italian cuisine. Not knowing what to order, I ordered the "Godfather" which was a huge sampler platter. People were poking their heads out of the kitchen wondering who ordered the "Godfather". LOL! I ate the who dam thing! Couldn't do that today.

This particular restaurant thought it was amusing to epoxy a few coins to the floor. One of my dining companions fell for it and she was so embarrassed!

Other than BBQ, (Smoked Brisket, Babyback Ribs, etc.), there is mostly just corporate restaurants to chose from.

There is not much in the way of authentic international cuisine down here in Tennessee.

I think smoked brisket and babyback ribs are considered exotic up here. I've had dry brisket which was profiled in a rider magazine called "backroads". I've had good stuff at another place. but I think the cook must have been counting the slices. I was still hungry afterwards. another place said that they only serve brisket on weds. I'm not really a fan of those chain restaurants like outbacks, even though their prime rib was actually very good the last time that I ate there 15 years ago.
You must log in or register to reply here.
Share:
Facebook Twitter Reddit Pinterest Tumblr WhatsApp Email Link
Top Bottom